US cuts deal with terrorist Headley! 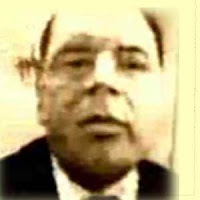 Mockery of America's alleged war on terror
So much for justice and so much for America's alleged war on terror! In its wisdom, the US Department of Justice, no doubt with clearance from the Obama Administration which is blinded by its perverse love for Pakistan, has decided to enter into a plea bargain with Pakistani-American terrorist David Coleman Headley aka Daood Gilani (his father was a top Pakistani diplomat)who played a key role in the 26/11 jihadi attack on Mumbai, masterminded in and launched from Pakistan by the Lashkar-e-Tayyeba, the favourite handmaiden of the Pakistani establishment.

The DoJ indictment of December 7, 2009, filed against Headley can be read here.

By agreeing to a plea bargain, the US DoJ has ensured:

a. There will be no trial and hence no public disclosure of details that may have indicated a larger conspiracy; no depositions by witnesses; no chance of CIA chaps being called in if he were to claim he was a CIA agent. [Headley has been variously described as a CIA 'agent', 'double agent' and 'strategic asset'. There has been no official denial. Needless to add, there has been no confirmation either!]
b) Headley will escape death penalty, despite causing the death of several Americans in among the 173 innocent people who died in the 26/11 Mumbai terrorist attack.
c) Prevent his deportation to India to stand trial for crimes, including mass murder, committed on Indian soil.

The deal makes a mockery of America's so-called war on terror. US Attorney-General Aric Holder has absurdly argued: “Today's guilty plea is a crucial step forward in our efforts to achieve justice for the more than 160 people who lost their lives in the Mumbai terrorist attacks. Working with our domestic and international partners, we will not rest until all those responsible for the Mumbai attacks and the terror plot in Denmark are held accountable. Not only has the criminal justice system achieved a guilty plea in this case, but David Headley is now providing us valuable intelligence about terrorist activities. As this case demonstrates, we must continue to use every tool available to defeat terrorism both at home and abroad.”

Having allowed Headley to get away with his crimes, what punishment is America talking about?

As fellow tweeter said in his response to the stunning plea bargain: "Post-Headley, wonder why the US doesn't end the charade of 'fighting terror' by putting itself on its own list of terrorist nations."

Our pusillanimous Prime Minister, of course, will continue to look up to America for strength, guidance and inspiration. Who is to tell him that this India's war and we have to fight it ourselves, on our terms, our way?
Posted by Kanchan Gupta at 12:00 pm

Headley escapes death but to get Life in Jail, While Helpless India Feasts Kasab with Dum ka Biryani | http://tinyurl.com/yd394ev

In India, There is -Zer0- Enforcement/Accountability/Punishment. You can indulge in any Crime and get away with it ( Telgi, Harshad Mehta)...even mass murder ( Kasab, Afzhal etc). It happens only In India!

Hatred Against America is unjustified, pls work on Your own backyard in India where Afzhals & Kasabs are indulged with Halal Ka dum ka Biryani

Disclaimer: I am not an expert like you on foreign affairs and policy matters. So, I thought perhaps you could enlighten me a little bit here about the three point you made above.
A) Public disclosure - I am wondering why would media want to have access to any disclosures made by David H thus far, its in the hand of competent authorities and if India wants to access those I am sure there are diplomatic way to get that done. About CIA denial about his alleged link- it has been denied categorically by them a few times here is an old link http://www.thaindian.com/newsportal/world-news/cia-denies-us-terror-suspect-david-coleman-headley-was-its-agent_100290627.html

B) About death Penalty- Its the law, you can't tweek it as per your convenience like in India, David H and is counsel are well aware of whats in store for them if they don't plead guilty so they are resorting to the best they have got. I am an Indian but not prideful of how judicial system works in India, I think this trial is just another testimony to how effective and fair the system in US is.

C) As much as we would like him to be deported, we should not forget that he killed over 100 US citizens and is a US citizen. Besides he is being tried anyways. I am positive the everyone in the US seeks a death penalty for him. US has been a huge supporter of the Death penalty and have avoided any international convention thus far and continues to do so.

I felt your reaction to this is very biased and premature.

That is why it is sooo important to remember the comment of Guruji, the late RSS Chief. When asked if RSS was pro-USA or USSR, he replied "we are pro-India". The US bahavior in past 15 months is a good reminder to many pro-American supporters among the Nationalist Camp; there are only prem interests. Americans will sell you down (or sleep with you) if it is in their interest (and that is how it should be, not some namby pamby Panch-sheel bakwas often mouthed by our eladers)

It is time to learn from Americans. All that matters to the is America and Americans.
We have a long way to go.

Our media and human rights activists have so much love for Kasab and criminals like him. What we need to do is show intolerance towards these bastards so that they will fear in future to love any traitor.

I wonder our establishment acts in whose interests? After even this you won't find any change in our establishment's love for america. US establishment may have acted in what it perceives as its self interest, headley after all targeted primarily indians, american casualties were mere collateral damage.

Just remember that India is not an independent nation anymore. The rulers in Delhi are just the slaves of their colonial masters. The difference with the era of British raj is, this time there are multiple masters, China and Saudi being two of them. Jai Ho.

Do not make the mistake of confusing the Obama administration, or the Democrat party and their feckless fools, for "America" itself. As far as most of us are concerned, men like Headley should be interrogated and then either shot or handed over.

For an example of the degree of esteem held by DA Holder in this nation, watch here:
http://www.youtube.com/watch?v=sG7lm8Sfbo4

Lets remind ourselves: This is only America's war on terror. A war where terrorist nations like Pakistan are rewarded and terrorists who spill innocent blood like Headley are unpunished

India needs its own war on terror and needs it now.