Israel has never been free of threats to its very existence. But never before has the Jewish state been so worried about the future. 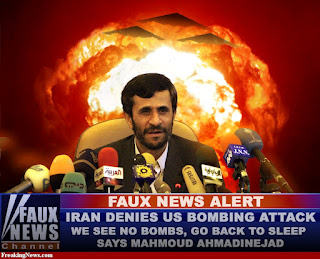 Rare, if any, has been the occasion when Israel has not been burdened with the onerous task of seeking answers to tough existential questions. Ever since the birth of the Jewish state in 1948, it has had to relentlessly struggle on several fronts at the same time. There were wars, launched by Israel’s Arab neighbours, that had to be fought and won; there were challenges to the fledgling Israeli economy, including sourcing oil and gas, which had to be overcome; there were problems, associated with institutionalising a democratic order, that had to be resolved.

Nearly six-and-a-half decades later, Israel is an oasis of peace and prosperity, surrounded by the sterile sands of Arabia. A robust democracy with a healthy economy — which is in stark contrast to the global financial turbulence — Israel, where democracy flourishes in its truest sense, should have had little to worry about. Yet, beneath the apparent calm that prevails in Tel Aviv and Jerusalem (and the rest of the tiny country which in reality is a mighty nation), there is mounting disquiet bordering on alarm.

All of a sudden, Israel finds itself confronting a rapidly changing situation in West Asia where yesterday’s certitudes have turned out to be untrue and unreliable. Israel can no longer take for granted its three-decade-long peace with Egypt which, even if frosty at best of times, had allowed it to focus on nation-building without being distracted by threats of war. The entirely unexpected collapse of the Hosni Mubarak regime and the menacing rise of Islamists have not been without consequences that indicate a return to the past.

There is much talk in Cairo of disowning the 1979 Peace Treaty that followed the 1978 Camp David Accords, signed by Egypt’s President Anwar Sadat and Israel’s Prime Minister Menachem Begin. The Muslim Brotherhood had never accepted that peace agreement: Sadat was assassinated in 1981. The assassin, Lieutenant Khalid Islambouli, was executed, but that did not in any manner lessen the opposition to peace with Israel.

Today, the Muslim Brotherhood wields power in Egypt and, for all practical purposes, the 1979 Peace Treaty lies in tatters. The supply of Egyptian gas to Israel has been stopped; Sinai is now controlled by marauding mobs of Islamists; the demilitarised buffer zone between Egypt and Israel neither offers protection nor assures peace. Diplomatic relations between the two countries are at an all time low.

The situation in Jordan, the other Arab country with which Israel had signed a peace agreement, remains unstable. For the moment, the progressive and pragmatic King Abdullah of Jordan has the upper hand, but it is anybody’s guess as to how long he can hold out against the Islamist surge following the so-called ‘Arab Spring’ which has turned out to be a torrid summer of political instability and social upheaval.

In Syria, President Bashar Hafez al-Assad and his Ba’athist loyalists are fighting a rearguard battle against Ikhwani forces hugely emboldened by the turn of events in Tunisia, Libya, Egypt and Yemen. The fallout of the raging civil war in Syria is being felt in Lebanon where the Hizbullah continues to expand its hold over the state and its agencies. From Tel Aviv (or, for that matter, from anywhere else) the view of the rest of West Asia, which the West refers to as the ‘extended’ Middle East, that is, from Iraq and Saudi Arabia up to Iran, gets progressively bleaker. Ironically, much hope is now vested with Saudi Arabia to hold the Islamist tide; yesterday’s sponsor of militant political Islam is today’s defender of moderation of faith in politics at home and abroad.

Turkey, with which Israel enjoyed (and to an extent still does) excellent relations, has its eyes set on emerging as the main power in the region and seizing the leadership that was till now jointly held by Egypt and Saudi Arabia. Here, too, the irony can’t be missed: The Turks have little in common with the Arabs, civilisationally and culturally. Locked in this battle for leadership after the tectonic shift of power from the Arab Palace to the Arab Street are Saudi Arabia and Iran — the first desperate to retain its primacy over Sunni Arabia; the latter seeking to establish Shia hegemony over Sunni states either in turmoil or with tottering regimes.

All this constitutes bad news for Israel. There is understandable concern over Iran’s proxies — Hamas in Gaza, Hizbullah in Lebanon and Shia dissidents in Arab states — gaining strength. The possibility of Sunni Ikhwanis, eager to demonstrate their anti-Israel credentials and thereafter take their anti-Semitism to its logical conclusion, making common cause with Shia Iran cannot be ruled out. The lifting of the embargo on allowing Iranian ships to pass through the Suez Canal does not portend well for the future — many in Israel see it as a sign of emerging threat on a front considered secure till now.

Topping the list of these concerns is Iran’s military nuclear programme which, unless dismantled soon, will inevitably result in Tehran acquiring weapons of mass destruction. There is sufficient evidence to prove that Iran is racing towards producing weapons grade uranium; that it is simultaneously working on delivery systems by way of acquiring missiles and related technology; and, that there is absolutely no reason to believe that the Baghdad talks, on which much hope has been pinned by the global community, will yield the desired results. If Iran were to get its own Bomb, others in the region would want it too. And this is where Pakistani proliferation comes in: Having provided technology and hardware to Iran, it will not hesitate to hawk both, if not readymade Bombs, to the Arabs. There’s a lot of money to be made.

That’s the doomsday scenario. Israel hopes (against hope) that this won’t come about, that sanctions and international pressure will yet make Iran wilt. But it’s also aware that sanctions have not always had their desired results or else the world would not have been saddled with rogue regimes straddling unruly states. Hence, it’s working on its own strategy to deal with a nuclear armed Iran.

Tiny David defeated mighty Goliath. That lesson of history should not be lost on those who dream of wiping Israel from the map of the world.
Posted by Kanchan Gupta at 1:01 pm

Iran is signatory to NPT and this treaty allows 20% enrichment.The real worry is not nuclear Iran but oil wealth of Iran which has to be usurped at all costs for use by Germany and Japan who have stopped their Nuclear power and more dependent on Iranian crude.Japan is giving even ship insurance to Iran for its crude. Indian and Sri Lankan refineries are meant for Iranian crude and we are dependent on Iranian crude and also we Need Iran in Afghanistan to counter Pakistan.
You are not bothered about pakistan testing 6 HATF missiles in one month but about Iran. It is USA which started the Arab spring and it has to face the Music along with Israel

captainjohann - We did not start the Arab "Spring", though our current administration and the Western left in general has lent it full-throated... condonation, shall we say, with the Democrat media (ABC, MSNBC, CNN, New York Times, etc.) alternately whitewashing or playing the "useful idiot". Most American conservatives looked upon it with wariness when it first began - a wariness which quickly proved justified.

Meanwhile the left and some of the more complacent and foolish of the Republican establishment (those whom the Tea Party struggle against as much as they do the statism of the Democrat party) continued on with the same blinkered foolishness that has seen a parade of Islamist agents of influence (advisers, liaisons to the "Muslim community, etc.) cripple our counter-terrorist agencies and the potency of our military, and generally sow doubt and confusion.

It didn't help any that so many of the Arabs posing as Middle Eastern "liberals" were in fact Islamists and Arab nationalists who had been taught how to speak and generally portray themselves in the kind of language known to pull at the heart-strings of Westerners, and Western leftists especially.

One of the Ikwhan's primary missions, after all, is to bring about the destruction of non-Islamic civilizations from within - much the same sort of cultural warfare of deception that the USSR embraced, and the CPUSA and other far-left organizations still continue. (The Cloward-Piven strategy, Gramsci's "march through the institutions", class warfare and identity politics, etc.)