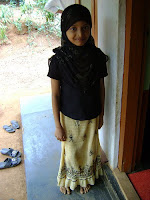 There’s nothing surprising about the rash-like emergence of violent Islamism in Kerala. God’s Own Country, as Kerala was known for its natural splendour and cultural heritage, is rapidly turning into the springboard of jihad in India. This hasn’t happened overnight, nor has Islamism spread its tentacles over the past few months to make its presence felt in the most shocking manner: The attack on a professor for allegedly denigrating Islam has served to highlight the seeping terror unleashed by homegrown jihadis.

The rain-gorged verdant plains and hills along the lush Malabar coast are fast turning into the billious green of radical Islam. Roadside brick-and-mortar glass-fronted shrines dedicated to Virgin Mary with flickering candles lit by the devout and ancient temples with amazing hand-crafted brassware and bell metal utensils that once celebrated the Hinduness of Kerala are overshadowed by spanking new mosques that seem to be mushrooming all over the place. Not only are they built with Arab money — donations by Muslim Malayalees working in Gulf countries, especially Saudi Arabia, add up to only a fraction of the cost — but they also symbolise the increasing influence of Arab ‘culture’, which is largely about visible manifestations of Islam and Islamism, that threatens to stamp out Kerala’s rich indigenous culture rooted in India’s civilisational past.

Huge billboards, advertising ‘Arab Pardha’ in English and Arabic, now jostle for space along with those advertising jewellery, new apartment blocks and investment schemes. The ‘Arab Pardha’ billboards are illustrated with larger than life images of women clad in head-to-toe burqas: They look shapeless and formless, their identity smothered by black fabric and their eyes barely visible through slits. “Arab Pardha”, declares one billboard, “All pious women should wear it.” The copywriter has it all wrong; it should have read, “All pious women should disappear behind it.” For, that’s what the burqa is meant for — to make women disappear, make them invisible, deny them the right to exist as individuals. Any argument to the contrary is spurious and any religious edict cited in support of this grotesque suppression of individual liberty is specious.

But there is a larger purpose behind propagating the ‘Arab Pardha', or purdah, which is insidious and frightening for those who value freedom. This is one of the many instruments adopted by Islamists to push their agenda of radicalising Muslims and imposing their worldview on others without so much as even a token resistance by either civil society or the state. The darkness of the world in which they live is now being forced on us. Decades ago Nirad C Chaudhuri was to record in his celebrated essay, The Continent of Circe, “Whenever in the streets of Delhi I see a Muslim woman in a burqa, the Islamic veil, I apostrophise her mentally: ‘Sister! you are the symbol of your community in India.’ The entire body of Muslims are under a black veil.” The Continent of Circe was first published in 1966; forty-one years later, the community wants the black veil, the ‘Arab Pardha’, to envelope ‘secular’ India.

Kerala’s ‘Arab Pardha’ billboards are a taunting reminder that in ‘secular’ India we must remain mute witness to the communalisation of culture, politics and society by peddlers of Islamism and its offensive agenda that is rooted in the most obnoxious interpretation of what Mohammed preached millennia ago. Even the economy has not been spared: Islamic banking, Islamic investments and Islamic financial instruments have surreptitiously entered this country under the benign gaze of an indulgent UPA Government whose Prime Minister spends sleepless nights agonising over the plight of Islamic terrorists and demands that all Government initiatives must be anchored in his perverse ‘Muslims first’ policy. The Prime Minister’s admirers claim he is a “sensitive person” who is easily moved by the “plight of the helpless”. Had he been moved by the pathetic sight of a Muslim woman, as much an Indian as all of us, forced to wear an ‘Arab Pardha’, his claimed sensitivities would have carried conviction. But such expression of sympathy, if not resolve to combat the insidious gameplan of Islamists inspired by hate-mongers and preachers of intolerance who draw their sustenance from the fruit of the poison tree of Wahaabism that flourishes in the sterile sands of Arabia, would demand a great degree of intellectual integrity and moral courage. The Prime Minister may be an “accidental politician”, but he is a practitioner of politics of cynicism. For that, you neither need intellectual integrity nor moral courage.

Every time there is criticism of the Islamic veil, which comes in various forms of indignity — the hijab, the niqab, the burqa, the chador — whether from within or outside the Muslim community, we hear the frayed argument: It’s a matter of personal choice; it’s an expression of religiosity; it’s culture-specific; it’s a minority community’s right, ad infinitum, ad nauseam. All that and more is balderdash, not least because there is no Quranic injunction that mandates a Muslim woman to wear an ‘Arab Pardha’. Given the nature of the community’s social hierarchy and the grip of the mullahs, rarely does a woman protest, leave alone rebel. Those who do, like Ayaan Hirsi Ali, the Somalian activist whose book The Caged Virgin provides a revealing insight into Islamism’s warped religio-political ideology, are hounded and live in perpetual fear of losing their lives. Blasphemy is not tolerated by those who live in a world darker than the darkest burqa, a world in which even Barbie wears the Islamic veil lest her plastic modesty be compromised.

But this is not only about the denial of an individual’s liberty, nor is it about the suppression of human rights in the name of faith. It is about the in-your-face declaration of Islamists that they can have their way without so much as lifting their little finger. It is a laughable sight to watch Malayalees trying to navigate crowded streets in Kochi wearing white Arab gelabayas, the loose kaftan like dress that along with the kafeyah — or ‘Arab rumal’ — has become a symbol of trans-national radical Islam, their ‘Arab Pardha’ clad wives and daughters in tow. But it is not a laughable matter.

Increasingly, we are witnessing a shifting of loyalties from Malabar to Manipur. Faith in India is being transplanted by belief in Arabia. This should alarm those who believe in the Indian nation as a secular entity.
Posted by Kanchan Gupta at 11:15 am

Before making any kind of comments, first off all try to Study about islam from islamic priniciples except Muslm Named persons