When Indira was India... 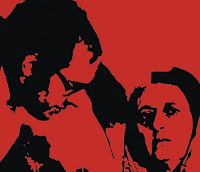 It would be an exaggeration to suggest, as was done by a critic of the Emergency late Thursday night, that “... Hitler was Indira and Indira was Hitler, actually!” That comment came after he had drawn some telling comparisons between the Emergency regime of Adolf Hitler and that of Mrs Indira Gandhi. Hitler had imposed Emergency under a constitutional provision, so had Mrs Gandhi. Hitler had killed freedom of speech with censorship, so had Mrs Gandhi. Hitler had a 25-point programme, so did Mrs Gandhi (well, she had a 20-point programme; her younger son, Sanjay, had a five-point programme). A sycophant in Hitler’s camp is believed to have said, “Hitler is Germany and Germany is Hitler”; Dev Kant Baruah, who was president of the Congress during the Emergency, affirmed his loyalty by declaring, “Indira is India and India is Indira!” There would be other comparisons, too. For instance, Hitler had his Nazi goons, Mrs Gandhi had her Youth Congress thugs. In Hitler’s Germany trains are believed to have run on time, so also in Indira’s India, lending credence to the Government’s claim that “The nation is on the move.”

[The Judgement that Shook Indira Gandhi!]

Yet, despite the stunning similarities that marked free India’s loss of liberty during those joyless 21 months of the Emergency that was clamped on an unsuspecting nation 35 years ago on the night of June 25, it would be unfair to describe Mrs Gandhi as Herr Hitler. After all, while the Emergency may have witnessed several outrages, including the incarceration of virtually the entire political opposition, the hounding of those who dared raise their voice against the Government, among them a handful of journalists, and the subversion of the Constitution of India to place Mrs Gandhi above the party and the Congress above the nation, but we were spared the sight of men, women and children being marched to concentration camps, adorned with signboards proclaiming ‘Work Liberates’, and their eventual death in gas chambers. The closest we came to this was a silly slogan, “Talk less, work more.” There were two other equally silly slogans that were ubiquitous. “Emergency: An era of discipline,” which was attributed to Gandhian Bhoodan leader Acharya Vinoba Bhave and prominently stamped on postcards and inland letter forms. The other was, “The leader is right, the future is bright.”

Having said that, it is not as if people were not bothered about the Emergency regime and life went on as usual in the country’s cities, towns and villages. With fundamental rights suspended, the judiciary packed with ‘committed’ judges and no jholawallahs around to light candles for people who mysteriously disappeared after the proverbial midnight knock on their doors or file PILs demanding they be located and produced in court (even if they had done so their petitions would have been dumped into the nearest dustbin), a strange sense of fear gripped everybody. Some activists did try the habeas corpus route but it was ruled against by the Supreme Court. Four senior judges upheld the Government’s view that along with fundamental rights, even the right to life stood abrogated. The only judge who spoke for freedom was Justice HR Khanna: He gave a dissenting opinion, asserting that the right to life and liberty enshrined in the Constitution was inviolable and not subject to executive decree. Not that it helped.

Parents worried themselves sick if their children were not home by sunset. Wives panicked if their husbands were late in returning from work. Friends stopped trusting friends; relatives were cautious in what they told each other; Government employees avoided sharing chai and gossip with colleagues; nobody spoke to strangers. You never knew who had been co-opted by the Emergency mukhabaraat. In coffee houses, popular among college and university students those days — the brew was cheap and cigarettes were shared — the staff discouraged overcrowding at tables. Schools had to seek prior approval for elocution contests and essay competitions. I recall an incensed Fr Powell cancelling the annual elocution contest at our school after a paan-chewing babu refused to clear the perennial favourite, Patrick Henry’s “Give me Liberty, or give me Death!” and accused him of “polluting young minds”. Not one to give up without a fight, later that year Fr Powell went back to the babu for approval to stage the annual play. What’s the play? The Caine Mutiny, Fr Powell replied. This time it was the babu’s turn to be apoplectic with rage. Needless to add, there was no annual play.

But these are frivolous details that do not quite capture the enormity of the crime that was committed in the name of ‘saving’ the nation from the Opposition led by Jayaprakash Narayan. Mrs Gandhi should have resigned after the Allahabad High Court held her guilty of corrupt practices during the 1971 Lok Sabha poll, declared her election from Rae Bareli null and void, and barred her from contesting elections for six years. Instead, Mrs Gandhi imposed Emergency, had the judgement set aside by the Supreme Court, packed off her critics to jails, extended the life of Parliament and subverted the Constitution.

There were horror stories of young men, some in their teens, being picked up and ‘sterilised’ by zealous district officials eager to meet targets set for them. Overnight all goons and thugs became active members of the Youth Congress and took to wearing white kurtas with Chinese collars in deference to their leader, Sanjay Gandhi, whose meteoric rise to power by virtue of being Mrs Gandhi’s son was described by Russi Karanjia as “history’s own answer to our prayers”. The venerable Khushwant Singh, who was then editor of The Illustrated Weekly, was an unabashed supporter of Mrs Gandhi and Sanjay Gandhi, and found nothing wrong with their deeds.

Newspaper editors had to send galley proofs to censors who would laboriously read through the text, cross out portions they thought were not in conformity with official policy or had a whiff of criticism or simply because they couldn’t understand and and hence were deemed not fit to be published. A copy of next morning’s paper had to be hand-delivered to the censors to prove that the might of their blue pencil had not been defied. Not that too many editors were eager to fall foul of the Emergency regime or create problems for the owners of the papers they edited. In fact, a group of editors marched to Mrs Gandhi’s residence and presented her with a petition pointing out that the censorship laws were not strict enough and needed to be made harsher. As Mr LK Advani was to later famously comment, “Asked to bend, many chose to crawl.”

Mrs Gandhi was not exaggerating when, amazed by the ease with which she had been able to strip the people of their liberty, she told a confidant, “Not a dog barked!”

LK Advani has written extensively on the Emergency on his blog. Here's a revealing extract:

"In 1977, as Information and Broadcasting Minister in Morarji Desai’s Government I appointed a special committee, headed by a former Secretary in my ministry, to prepare a White Paper on the excesses committed on the media under cover of press censorship. The committee completed its job in record time and I was able to table a White Paper in Parliament in August 1977. The facts and figures that it revealed were shocking.
As many as 253 journalists were arrested during the Emergency. Of these, 110 were arrested under MISA, 110 under DIR and thirty-three under other laws. Entry into India was banned for twenty-nine foreign journalists, which included Mark Tully, the highly popular BBC correspondent. The Government disaccredited fifty-one foreign journalists and expelled seven of them.