Tiger’s roar turns into a whimper 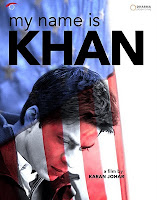 Friday has come and gone. Shahrukh Khan’s film, My Name is Khan, has been released in theatres across the country and around the world. The Shiv Sena’s protest against the movie has fallen flat. Television channels that went to town over the Shahrukh Khan-Shiv Sena spat are gleefully toting up ratings. Expectedly, the film has received rave reviews. Both Shahrukh Khan and Karan Johar are celebrating their latest success. The tamasha, thankfully, is over and we can get back to less exciting issues like food prices, Maobadi excesses, taxpayer-funded assistance for Islamic terrorists, and the Prime Minister’s renewed grovelling before a smugly arrogant, terror-sponsoring Pakistan at America’s instruction.

It would, however, be instructive to revisit the Mumbai stand-off that turned into a damp squib. Shahrukh Khan (and consequently My Name is Khan) managed to earn the Shiv Sena’s ire by describing Pakistan as a “great neighbour”. The comment was made in the context of IPL franchises not picking up Pakistani cricketers and the subsequent media-generated ‘outrage’ over what was described as a “deliberate snub” which some said was at the Government’s behest, a charge that has since been stoutly denied by Union Home Minister P Chidambaram and lesser worthies of the UPA 2.0 regime. It was frightfully stupid of the Shiv Sena to seize upon Shahrukh Khan’s stray comment, possibly made keeping in mind audience and fans across the Radcliffe Line, and question his patriotism. There is no reason to disbelieve the actor (he describes himself as a “performing artiste”) when he says (as he did on Twitter): “Hate: Anyone or anything that threatens my country… I have never hurt anybody’s sentiments… religious, nationalist or personal wittingly. I am pro-relationship but not at the cost of my nation… Feel awful that Balasaheb and Uddhav have misconstrued my words...”.

Conspiracy theorists would say that Shahrukh Khan (or his publicists) sensed a great opportunity in the brouhaha that followed the IPL franchises ignoring Pakistani cricketers to trigger a controversy on the eve of the release of My Name is Khan. After all, a million dollars and more spent on publicising the film could not have fetched such frenzied and sustained media reportage for nearly a fortnight. They would also slyly point out that perhaps the actor’s run-in with American immigration officials (who are known to be intellectually challenged) on account of the ‘Khan’ part of his name, which resulted in his being detained for two hours at Newark Airport and massive (media-instigated) outpouring of rage in India, may not have been entirely coincidental.

After all, Shahrukh Khan did try to kick-up a similar controversy by claiming security staff at Heathrow Airport asked him to sign prints of his full body scan showing his (what are coyly referred to as) ‘private organs’. Apparently, he was happy to ‘autograph’ the prints. British immigration officials, sharper than their friends across the Atlantic, however, were not too happy about the colourful story finding its way into media reports, and issued a formal statement denying that he had been body-scanned and pointing out that such scanners do not come attached with printers, nor can these images be printed on paper. In brief: It was a cock-and-bull story. But that did not dampen the enthusiasm of his fans, some of whom are believed to have paid as much as a thousand euros to attend the first day, first show of My Name is Khan in European theatres.

Shahrukh Khan (I must, alas, use the actor’s full name since I am neither his fan and have in fact not seen any of his films, nor can I claim, unlike many of my colleagues, to know him socially), of course, describes these conspiracy theorists as “sickos” and wants them to “shut up”. Some would say this does not suggest that he is as tolerant about others as he expects them to be about him. But there really is no percentage in getting involved in a protracted debate on the actor (whose first interview to a mainstream newspaper appeared in The Pioneer at my suggestion some 18 years ago if I am not mistaken; the then editor, now a leading member of the Left-liberal intelligentsia, had squawked: “Shahrukh who? That runt?”) or his latest film.

Nor shall any purpose be served in debating the media’s astounding role in converting the Shahrukh Khan-Shiv Sena spat into a morality play in which the good, the liberal and the tolerant were called upon to take a stand against the bad, the illiberal and the intolerant and protect, of all things, “India’s integrity”. I am still struggling to figure out how a Bollywood film and the nation’s integrity are linked. The media-manufactured outrage, however, was sufficiently effective to make a young woman, allegedly educated enough to be employed as a content writer, pathetically tweet (to @iamsrk) on Thursday night, “Dear Shahrukh I am always being there for you, no need for you being sad. It is kismat! :).” On @iamsrk’s timeline there’s a corresponding tweet which says, “Yipeee!” Presumably such exchanges bear evidence to the correctness of media going berserk over what finally turned out to be a non-event. News judgement couldn’t have been more appropriate in the times we live in.

Yet, the hullabaloo has proved to be useful insofar as it has demonstrated beyond doubt that the Shiv Sena is now a pale shadow of its past, drained of energy and stripped of its legendary clout to shut down Mumbai in less than an hour’s notice. Worse, the Marathi manoos, for whose rights the Shiv Sena claims to be fighting for, is no longer willing to take to the streets at the drop of a hat: The Pramukh’s wish is no longer considered a command, nor is Matoshree any more seen as the centre of real power in Mumbai. Young Indians, increasingly mobile and constantly looking for fresh opportunities in new places, are loath to subscribe to the Shiv Sena’s narrow parochialism, which does not necessarily mean they subscribe to the bogus liberalism propagated by our media either. Successive electoral reverses and desertion from its ranks have only served to defang the ageing ‘tiger’: Many of Balasaheb Thackeray’s storm-troopers are now beneficiaries of Congress largesse.

There’s a message for the BJP in Friday’s abject defeat, if not humiliation, of the Shiv Sena: The party’s oldest ally is now a liability. Politics is largely about popular perceptions, and the most popular perception of the moment is that the Shiv Sena story is over, it’s a relic of the past which has no place in India of the future. The nation, as the RSS has emphasised while berating the Shiv Sena for its hoodlum politics, takes precedence over obscene parochialism. A separation can no longer be put off indefinitely; the BJP must exercise its choice or risk getting tarred by the same brush. This is not about standing by Shahrukh Khan, but upholding the principles of enlightened Hindutva.

My take is that Balasaheb speaks like a common Hindu on the street. Something a auto driver or cart puller, sabji wala may feel and they are the real Indians not us. The problem is that the left intelligentsia, media picks on him paints him and his comments as auto driver, cart puller, sabji wala type. Middle class Indians then doesnt want to be seen as that. Middle class India the pseudo puritans of the society steer clear even if they think like Balasaheb.
I am not a fan of SS or Balasaheb but I respect him. We need more people like him but their ire should be directed at the right agenda and person. SRK deserved what he got from SS and Balasaheb.

Shahrukh was only maximizing returns for his venture he got what he wanted, but no amount of public opinion orchestration by the media can save itself from financial losses as NDTV is about to sell itself to Ranbaxy after suffering consistent losses. People are wiser than is perceived by these media guys.

On the other hand, it did send the message that there is atleast someone who can berate pakistan lovers openly. Newly liberated highly mobile or whatever Indians will not squeak even if someone says 'we are slaves of pakistan' in public, no matter how much they dsilike the left-liberal media. What did we lose if the film earned money? We must look at the benefits it achieved. In fact Shiv Sena should be applauded that it took a bold stand in spite of getting no support from any party. Hindus might hate BJP even more if they break-up with Sena over this matter