How legitimate are targeted killings? 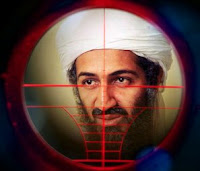 What is a legitimate killing? And what makes a killing illegitimate? On the face of it, these are not difficult questions to answer. Those who take an absolutist position on right to life would argue that any killing is illegitimate. On the other end of the absolutist spectrum are those who would insist that when the state kills, no matter what the reason, it is legitimate; when individuals kill, unless they do so in self-defence, it is illegitimate. Then there are those who would cite the law to justify certain killings — for instance, killing enemy soldiers on the battlefield; executing those found guilty of committing capital offences; and, killing criminals who resist arrest or attack the police — but insist that extrajudicial killings by the state or agencies of the state are illegitimate. Human rights activists would strangely argue that while it is legitimate for ‘armed opposition groups’ to resort to violence and even indulge in senseless killings, the state, as the protector of human life and liberty, does not have the right to kill.

Macabre and distasteful as it might be, the debate over what is and is not legitimate killing came up, although fleetingly, during a recent television discussion on Maoist violence. The human rights activists who were present in the studio were most emphatic in asserting that the state, in this case represented by security forces, has no right to kill even if those who are targeted are known to have indulged in killing innocent people and policemen or, unless put down, can be expected to shed human blood in the future. Of course, this is an absurd proposition. If it is the state’s responsibility to ensure the security of its citizens, then it is equally its responsibility to take any measure that it may deem fit to protect them from marauders.

The argument proffered by human rights activists is fallacious for a second reason. Implicit in what they say is the suggestion that men and women in uniform (whether of the police or the military) are fair targets for ‘armed opposition groups’ — or ‘gunmen’, as terrorists are referred to by politically correct sections of ‘civil society’ — since they represent the state and hence the ‘enemy’. As if that robs them of the right to life which, for everybody else, is considered inviolable. This is not only chillingly callous, but also downright sinister. Thankfully, in real life it doesn’t quite work that way.

The reason why I have raised this issue is not to discuss whether it is right or wrong to adopt tough measures against Maoists; that’s a settled point and little or no purpose is served by endlessly debating it. Maoists must be crushed with minimum, if at all any, collateral damage. But we need to look beyond what has come to be accepted as the normal, textbook response to terrorism, never mind the shade of terror, which could range from shimmering green to dazzling red. Must the state entirely depend on ‘massive deployment’ of security forces? Should action be always visible to the people? Or has the time come to consider the adoption of strategic responses, for instance targeted killings, which could be more effective and virtually rule out the possibility of collateral damage?

After all, if the top leaders of an insurgency, Islamist or Maoist, were to be neutralised through surgical strikes, there would be disarray and demoralisation in the ranks and the cadre, no matter how motivated, would feel deterred from persisting with the ‘cause’. The Liberation Tigers of Tamil Eeelam did not become extinct because fighters were killed in scores if not hundreds. The LTTE became history only after its top leadership was annihilated. Till the moment the Sri Lankan Government released photographs of V Prabhakaran’s lifeless body, the Tigers fought back fiercely. Similarly, in Punjab the guns fell silent after the top leaders of the Khalistani insurgency were methodically neutralised. Perhaps far fewer lives would have been lost had this approach been adopted in the early days of separatist violence in Punjab — and in Jammu & Kashmir.

These thoughts come to mind while reading about the targeted killing of Hamas’s top military commander Mahmoud Al Mabhouh in Dubai on January 20 and subsequent investigations by the emirate’s police. The Government of Israel has refused to comment on what is widely perceived to have been a Mossad operation. No other organisation could have carried out such a daring and flawless execution, that too on hostile territory. If details pieced together from closed-circuit television camera footage collated from various spots and released by the authorities of Dubai are to be believed, a group of men and women travelled from foreign destinations on forged passports a day before Mabhouh arrived in the emirate. Apparently, he had come to Dubai to meet someone who had offered to sell arms to Hamas. It may have been a trap set up by his assassins who tracked their quarry to his hotel room and killed him before he could raise an alarm. Their mission accomplished, the assassins flew out of Dubai the same afternoon.

It could be argued that Mabhouh’s assassination will not lead to the collapse of Hamas or end its rule of terror in Gaza, just as ‘Operation Wrath of God’ and ‘Operation Spring of Youth’ did not result in the destruction of the PLO, although they did serve to revive and reinforce the fear of Gideon in rage. Mabhouh is not the first Hamas leader to be killed. Salah Shahade was assassinated in 2002; Sheikh Ahmed Yassin, a wheelchair-bound quadriplegic who would remorselessly direct suicide bombers to murder Israeli civilians, was killed in March 2004; within a month, Sheikh Yassin’s successor, Abdel Aziz Al Rantissi, was assassinated; and, in October that year, another senior Hamas leader, Adnan Al Ghoul, was put down. Hamas was no doubt shaken, but not necessarily deterred, or else there would have been no need for ‘Operation Cast Lead’. Although, the killing of Nizar Rayyan on January 1, 2009, during the Gaza raid did result in a hudna which is still holding.

Was Mabhouh despatched before he could acquire sufficient weapons for Hamas to break the truce and launch a fresh attack on Israel? Will his killing revive the fear of Gideon the righteous destroyer and reinforce the idea of Israel as a mighty warrior? Whatever the answer, the utility of targeted killing of terrorists — we need not go into the morality or legality of such counter-insurgency measures since terrorism is neither morally right nor a legal expression of dissent — is demonstrated by the fact that Israel has survived six decades of relentless and fierce hostility without ever feeling the need to capitulate before its enemies.

PS: Ever since Mabhouh’s assassination, there has been a phenomenal increase in the demand for custom-made T-shirts emblazoned with Mossad’s logo sold by an Israeli firm. Orders have been pouring in from countries across the world, including, hold your breath, India.

[This appeared as my Sunday column Coffee Break in The Pioneer on February 28, 2010]
Posted by Kanchan Gupta at 12:53 pm

With nincompoop leaders as our rulers, we can not expect any retaliation towards the terrorists.
Targeted killing is a far cry!

The state, as the protector of human life and liberty, does not have the right to kill. True enough! But right now the state is already using terrorism to advance the political interest of some of the government official. The FBI has a very one sided decription of whatg terrorism is, to safeguard themselves atrocities.

The state, as the protector of human life and liberty, does not have the right to kill. True enough! But right now the state is already using terrorism to advance the political interest of some of the government official. The FBI has a very one sided decription of whatg terrorism is, to safeguard themselves atrocities.

If the state does not have the right to kill, why do they need military? In war, you have to kill your enemy if you need to survive.

They are not legitimate in any way.

In peacetime they are just a murder, to be prosecuted by civil authorities.

During a war they are a warcrime, for the Geneva convention forbids targeted killings. In such a case they could be presented to the court in The Hague.

The suspects of the Dubai killings are currently wanted by Interpol. If the Dubai police is able to present a strong case, then decisionmaking politicians will be added to the list.

I am still not entirely certain it was the Mossad - but that isn't entirely relevant.

Targeted killings are a legitimate, and essential, tool of self defense. If you are attacked in an alley by three men, what do you do? You take out the one you believe is the leader, as quickly and viciously as you are able. That is the man the other two wish to impress, the one they are afraid to appear cowards before. Make an example of the alpha, and you may not even have to bother with the betas.

That is not to say that attrition does not have its own value - all wars are wars of attrition. Some lives (or more to the point, deaths) are worth more than others, however.

The enemy knows this - it uses the lives of women and children against us. This is much the same way Muslims mopped up some of the last Zoroastrian villages in Iran. They waited until the men were out in the fields, then invaded the unprotected homes. A few of them would then go out into the fields and tell the village men, "We have your women and daughters and sons, convert or we will kill you and have our way with them."

Well said. Notwithstanding the philophical debate over whether the systematic taking of lives by a government is legal or moral, the truth is that self-defense requires imminent threat. Islamic fundamentalists and Maoists have done enough to constitute imminent threat. They should be wiped out, of course, but strategically, as you've pointed out. Inglourious Basterds shows a small group of US soldiers whose only job it was to kill and perversely disfigure enemy soldiers to put the fear of god in them. The sad truth is that we need to kill their civilians too, if we want to scare them. There has to be something every human holds dear; if we find that and start exterminating those life-sources, we can actually make a difference. It's not enough to kill their leaders. They need to be shamed and ridiculed and exposed for what they are. (I am sure that some of the terrorist leaders are not brainwashed themselves, and have greedy motivations).
Nice writeup