Spies are not bound by law 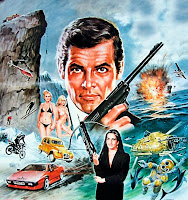 Mohammed Hamid Ansari, unlike most of his predecessors, is not a politician elevated to the post of Vice-President of India for services rendered to his party. He was a member of the Indian Foreign Service, Vice-Chancellor of Aligarh Muslim University, Chairman of the National Commission for Minorities and headed the working group set up by the Prime Minister to propose ‘confidence-building measures’ for civil society in Jammu & Kashmir, apart from undertaking various other assignments, including promoting the concept of ‘oil diplomacy’, given to him by the Government of India. In between fulfilling his various onerous responsibilities, he has also spent time at the Observer Research Foundation. Although a favourite of the New Delhi establishment, he is known to have taken a contrarian position on several occasions — for instance, he has unambiguouly criticised India’s vote against Iran’s bomb-in-the-basement nuclear programme, bitterly lashed out at the toppling of Saddam Hussein, and ruthlessly berated Israel for not silently suffering Islamist excesses. Hence, it would be unwise to brush aside the suggestion of such a distinguished person that intelligence agencies in India should be made accountable to Parliament.

Delivering the RN Kao Memorial Lecture at the R&AW headquarters in New Delhi last Tuesday, Mr Ansari made an elaborate case for setting up a parliamentary intelligence oversight committee “to ensure that Government’s policy is carried out effectively within the boundaries of law”. How else, he asked, “shall a democracy ensure its secret intelligence apparatus becomes neither a vehicle for conspiracy nor a suppressor of traditional liberties?” Unless there is a parliamentary intelligence oversight committee with “access to some operational details”, he added, no “assurance (can be given) about the efficacy or legality of the intelligence services”.

While acknowledging that we need to carefully examine whether the “openness and public discussion will compromise the secrecy essential for intelligence needs”, Mr Ansari asserted the “legislature, nevertheless, is the organ of the state that allocates funds and is, therefore, entitled to insist on financial and performance accountability” which, at present, is not done. According to him, “The proposed Standing Committee could fill this void; it could also function as a surrogate for public opinion and thus facilitate wider acceptance of the imperatives of a situation... a wider sampling of opinion would facilitate better comprehension of the issues and of possible remedies to attain total national power and comprehensive defence.”

Mohandas Karamchand Gandhi, asked what he thought of Western civilisation, had famously replied, “I think it would be a good idea.” As ideas go, Mr Ansari’s proposal, too, is ‘good idea’. Of course, Rameshwar Nath Kao, who set up R&AW in 1969 and headed our external intelligence agency till 1977, would have balked at the suggestion that Parliament should be allowed to oversee the functioning of his organisation “to ensure that Government’s policy is carried out effectively within the boundaries of law”. As would his successors as well as spy masters of repute who have headed the Intelligence Bureau, barring the few who rose to high office not because of their abilities but by virtue of their proximity to those who matter in the corridors of power. If intelligence agencies were to start working “within the boundaries of law”, we wouldn’t need intelligent men and women gathering realtime, actionable intelligence but dull babus who excel at citing rules to justify inaction and worse.

More importantly, it is amazing that a former officer of the IFS, whose members are not known to be particularly deferential to politicians (except those who can swing plum postings for them) or respectful about Parliament’s privileges — recall Mr Ronen Sen’s mocking description of MPs critical of the India-US civilian nuclear agreement as “headless chicken” — should demand accountability from intelligence agencies through parliamentary oversight and scrutiny. Mr Ansari could argue that the Ministry of External Affairs does come under Parliament’s scrutiny. But the Standing Committee on External Affairs scrutinising budgetary allocations for the Ministry or producing anodyne reports on specific policies does not really amount to ‘oversight’. Neither are its reports taken seriously by policy-makers nor are its views considered to be of any consequence insofar as the functioning of the Ministry is concerned.

It would, however, be unfair to suggest that the Standing Committee on External Affairs does a thorough job of its task. Our MPs are known for doing shoddy homework and most of them are largely ignorant of foreign affairs if not entirely disinterested in the finer nuances of strategic issues. It is not surprising that the last occasion when the Ministry of External Affairs had come to dread the Standing Committee was when Mr Atal Bihari Vajpayee headed the oversight body: He would ask the right questions and refuse to take bluff and bluster as answer.

Had the Ministry of External Affairs and its IFS babus been truly accountable to Parliament “to ensure that Government’s policy is carried out effectively within the boundaries of law”, then they would have had to explain to the elected representatives of the people of India as to why Mr Harish Kumar Dogra, our High Commissioner to New Zealand, was recalled and humiliated in an appalling manner. Or under what circumstances did the babus at the Consulate General of India in Chicago issue multiple entry visas to Lashkar-e-Tayyeba operatives David Coleman Headley and Tawwahur Hussein Rana, thus facilitating, to a great measure, the fidayeen strikes in Mumbai on November 26, 2008. Mr Ansari’s concern for accountability would have carried greater credibility had he raised these and other questions related to the functioning of a Ministry he has served for nearly four decades.

This is not to suggest that intelligence agencies should be accountable to none or that obsessive secrecy should exclude keeping the legislature from being informed; that would be a ridiculous assertion. After all, if intelligence and counter-terrorism officials associated with the FBI and other agencies can be summoned for congressional hearings in the US, there is no reason why R&AW and IB officials cannot be asked to brief our parliamentarians. Similarly, if details of US Congress hearings can be placed in the public domain (unless they are classified as strictly off-the-record), there is no reason why details of similar briefings to our Parliament cannot be made public. But such briefings, we must bear in mind, are never ever about ‘operational details’. To accept Mr Ansari’s proposal would amount to severely compromising our national interest.

[This appeared as leading article on the editorial page of The Pioneer on 22/01/10.)
Posted by Kanchan Gupta at 9:33 am

So, the Azam Khans and the Owaisis will be dictating to RAW if this guy has his way..... oh yeah, also the Amar Singhs and the Ramvilas Paswans!

" Although a favourite of the New Delhi establishment, he is known to have taken a contrarian position on several occasions — for instance, he has unambiguouly criticised India’s vote against Iran’s bomb-in-the-basement nuclear programme, bitterly lashed out at the toppling of Saddam Hussein, and ruthlessly berated Israel for not silently suffering Islamist excesses".


Kudos to Kanchan Gupta for such a perspicacious & nuanced insight !

I had certain Indian Muslim friends as my neighbours. Not burka clad but very stylish , qualified , jeanclad , bobbed hair. But would cover their heads & bodies with black hijab etc when their islamic tutor came daily at a particular time ushering me to the door alacritously as I am a hindu with vermilion & other tell tale signs.

All of them now are now citizens in Canada , America , Australia , Britain. Their children also got all education & jobs from WHITES. They had planned everything meticulously learning baseball , learning to eat with fork & knife with dexterity , honing their accents , tinting the hair , smoking pipe & drinking alcohol.(menfolk) etc etc. One of the women even managed to procure all fake post- pre graduate certificates for herself & her daughters in various streams of education. From India (Mumbai).

It is the sheer undisguised egregious ingratitude & HUBRIS of those erstwhile friends that totally alienated me from them.

One of their 2 brothers living in America have married American WHITE women. I was shown certain photographs. Their body language so openly conveyed the WOMEN were not happy. The men looked very SMUG. Before I ventured to express my feeling , she with supreme ARROGANCE told me:-

" These WHITE WOMEN cannot find a husband among their own men as WHITE MEN cannot offer love or stability. Always divorcing...so date & marry us muslims. Can't even cook our cuisine or measure upto our standards. Poor thing , my 2 brothers are willynilly taking care of them & suffering..."

Do you think Allah would be very pleased with such horripilating superciliousness & dishonesty ????

What has religion got to do with one's inherent character & proclivities ?

"Spies aren't bound by law". What else are they bound by? And who defines "national interest"? Isn't "national interest" too subjective to be left to the moles? And can we ever be sure that there'll be no "black sheep" among moles when stories are doing the rounds that David Coleman Headley could've been a double-agent?