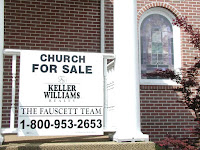 Google came up with a rather intriguing, if not ingenious, logo for Christmas this year: A stooping date palm decorated with fairy lights straddling one of four islands with sail boats dotting the blue sea which formed the backdrop. There was much excited tweeting on Google’s Christmas logo. I thought it was ghastly that someone somewhere should have supplanted the traditional Christmas tree with a date palm. Others pleaded it was creativity at work. Creativity my foot, I argued; you can’t take liberty with tradition and icons of faith, never mind that the Christmas tree as we know it was most probably part of ritual winter solstice celebrations in pre-Christian Europe: According to one version, the evergreen conifer was a symbol of fertility for the pagans which has survived the ‘civilising’ impact of Christianity. A friend suggested that it was a Judean date palm and thus an apt motif for the occasion; after all, Jesus was born not in Europe but in Judea and date palms are a common sight in Samara.

Google had another explanation for the visual accompanying its ‘Happy Holidays’ message: It was a picture postcard from a tropical island and meant to convey warmth and good cheer. However, the warmth and good cheer disappeared when a second picture postcard showing three snowmen was superimposed on the earlier visual a couple of days later. That was followed by a third postcard, showing a lakeside house lit with fairy lights, a pier, a boat and snow-capped mountain peaks in the background. Even as I write this column on Christmas eve, a fourth picture postcard, depicting a Tolkienian landscape with fireworks in the sky, has surfaced. Google, no doubt, will justify this tomfoolery, but I find it distasteful if not downright subversive. Just as I find being politically correct and wishing people ‘Happy Holidays’ instead of ‘Merry Christmas’ and ‘Happy New Year’ obnoxious. There’s no reason to be mindful of the Crescent when it’s the season of the Cross. If someone were to send me a card wishing me ‘Happy Holidays’ on Basant Panchami, Vijaya Dashami or Deepawali because being secular is fashionable, I would promptly throw it into the wastepaper basket and probably look through that person the next time I met him or her. The last time I was in London I bought a piggy bank simply to thumb my nose at those who find it offensive to Muslim sensitivities. Tolerance cannot be reduced to pandering to bigotry, nor is there any reason why we should bother whether the OIC is displeased. Similarly, if celebrating Durga Puja in Rome offends the Vatican, so be it.

The issue, however, is far more important than bogus secularism and fake concern for those who wallow in manufactured grievances and imagined victimhood. Europe, which is slowly waking up to the threat posed by assertive Islam — the Swiss vote against the construction of Islamic minarets and the rising popularity of Dutch politician Geert Wilders are manifestations of the fear of Eurabia becoming a reality — would do well to ponder over Pope Benedict XVI’s homily delivered during Christmas Eve midnight mass in St Peter’s Basilica. “There are people who describe themselves as ‘religiously tone deaf’. The gift of a capacity to perceive god seems as if it is withheld from some. And indeed our way of thinking and acting, the mentality of today’s world, the whole range of our experience is inclined to deaden our receptivity for god, to make us ‘tone deaf’ towards him,” the Pope said, adding, “…For most people, the things of god are not given priority, they do not impose themselves on us directly. And so the great majority of us tend to postpone them. First we do what seems urgent here and now. In the list of priorities god is often more or less at the end. We can always deal with that later, we tend to think.”

The Pope was not exaggerating but merely pointing out the reality as witnessed, most noticeably, in Europe where faithlessness has become the leitmotif of modernism and the public expression of faith is frowned upon as militating against the principles of a secular state presided over by its deracinated elite which is more comfortable with Prada than religiosity and believes spirituality is so much hocus-pocus meant for the gullible, unwashed masses. The smart set which reads newspapers on Kindle would rather invest millions in the stock markets than donate money to the local church. The plate is still being passed around at Sunday mass, but the pews are increasingly empty. Christmas stories are no longer about reconnecting with — and rediscovery of — faith, but falling sales of Barbie dolls. That Britons throw away food worth 60 million pounds during Christmas tells the story of Britain’s moral decline; it’s symptomatic of all of Europe.

It’s not surprising, therefore, that the Church of England should find itself in penury. It has been deserted by adults and is shunned by teenagers. The Daily Mail says the Church of England now plans to “target children as young as two in a desperate recruitment drive… Senior bishops have privately admitted they are comprehensively failing to connect with teenagers and children”. My friend Daud Haider, the dissident Bangladeshi poet who lives in exile in Berlin, had recently come home for dinner. He told us amazing stories of how churches are being leased out on weekends to serve as night clubs as there are no congregations to cater to and no funds to keep them from falling into disuse and disrepair. Materialism and the concomitant death of spiritualism, coupled with a strange craving to be seen as endorsing ‘multiculturalism’, which has come to mean repudiation of one’s Christian identity 1 hence ‘Happy Holidays’ instead of ‘Merry Christmas’ — have extracted a terrible toll. The crisis of faith is, in essence, the existential crisis that Europe faces today. A limp-wristed, notionally Christian Europe is now confronted by muscular, robust Islamism and doesn’t quite know how to respond.

The crisis is not Europe’s alone. A similar crisis is beginning to take shape in India where urban elitism bereft of values and ethics rooted in faith is seen as both trendy and politically correct. With Wendy Doniger telling The Hindus An Alternative History and Kancha Ilaiyah proclaiming that 2009 marked the arrival of Post-Hindu India, and the commentariat lavishing praise on both, we could be headed the same way as today’s Europe. The Pope may have described Christians who have strayed from their faith as the “religiously tone deaf”, but the expression is equally applicable to Hindus who are persuaded by the bunkum that has brought Europe to its knees. If there is no cause for immediate alarm it is because the vast majority of Indians neither need Wendy Doniger to ‘interpret’ Hinduism for them nor do they believe that they live in post-Hindu India.

[This article originally appeared as my Sunday column, Coffee Break, in The Pioneer.]
Posted by Kanchan Gupta at 10:22 am