A challenge for BJP’s GenNext 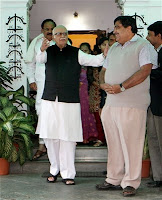 On a late spring evening more than a decade ago, some of us had gathered at Pramod Mahajan’s apartment — he hadn’t moved into a Lutyens’ bungalow till then — to discuss ideas for the 1996 general election campaign. Mr LK Advani had already declared Mr Atal Bihari Vajpayee as the BJP’s prime ministerial candidate and there was a palpable surge of support for the party which corresponded with the waning of the Congress. Despite the framing of Mr Advani and other senior leaders of the BJP in the Jain hawala scandal by a desperate PV Narasimha Rao (he even turned on his colleagues in the Cabinet who in turn turned against him and resigned from the Congress) there was great enthusiasm among party cadre. Mr Advani had seized the moral high ground and converted what Rao had thought would be a disadvantage into a clear advantage. In that election, Mr Advani was the non-playing captain though he led his team from the front.

Over chai and samosas ordered from an eatery downstairs, ideas were tossed around on how to package the BJP’s core message — good governance — and portray it through the persona of Mr Vajpayee. Till then, the BJP had not projected any single leader in any election; it was always the party’s ‘collective leadership’ that was projected as an alternative to the Congress’s dynastic leadership. The tragic assassination of Rajiv Gandhi midway through the 1991 general election had forced a break in the Congress’s tradition, catapulting Narasimha Rao to power. Since the Ram Rath Yatra days, Mr Advani had emerged as the most prominent face of the BJP; to suddenly weave a campaign around Mr Vajpayee posed a challenge to even Pramod Mahajan who was never short of ideas, especially when it came to election campaigns.

Among those invited for that meeting was an impetuous young man representing a big advertising agency which had offered to help plan the campaign — as had some others. This man suddenly said, “It would have been a lot easier had Mr Vajpayee been a younger man.” There was stunned silence. Obviously ignorant of the esteem in which Mr Vajpayee was — and still continues to be — held in the party, he had clearly upset everybody. Pramod Mahajan looked at him coldly and bitingly said, “This isn’t America where young upstarts are elected to high office. We value experience and we respect age. Please tell your agency we aren’t interested in its services.” The poor sod was halfway through his samosa and didn’t know what to say. “Ab aap jaaiye,” Pramod Mahajan added, literally asking him to leave the meeting.

I don’t recall whether anything concrete emerged from that particular meeting, but over the following weeks a campaign was painstakingly put together centred around Mr Vajpayee and based on the theme, ‘The man India awaits’, which, incidentally, was the headline of an interview-based article I had written at that time. That election saw the BJP emerge as the single largest party and form a Government led by Mr Vajpayee. The Government lasted for a fortnight, but it helped the BJP come to power two years later. The rest, to quote a cliché, is history.

The reason I cite this particular incident is to highlight the point that too much is made of a leader’s age by the New Delhi-based commentariat, more so when it comes to the BJP. Voters are less persuaded by a candidate’s age than by his or her perceived ability to deliver on promises. It is the sum total of a leader’s qualities that matters, not his or her age. Equally important is a leader’s ability to connect with the masses, to strike a rapport and secure their confidence.

Mr Vajpayee was not a young man when he became Prime Minister, nor was Mrs Indira Gandhi in the prime of her youth when she swept back to power in 1980. If Mr Manmohan Singh is widely respected at home and abroad, it has nothing to do with his age but his ability to project himself as an earnest and humble person of unimpeachable integrity. And, the BJP’s defeat in last summer’s general election was more on account of a poorly planned campaign and shoddy political management than either Mr Advani’s age or his leadership which has been variously described as ‘uninspiring’ and ‘jaded’ by his critics within and outside the party. But for bogus pollsters, stupidly brash aides and a ‘war room’ whose most creative contribution was the astounding promise of gifting every family living below the poverty line with a smart phone, perhaps the results would have been vastly different. Nor can we overlook the Congress’s surge in States where the BJP is at best a marginal player.

It would, therefore, be self-defeating for the BJP to believe that with Mr Advani standing aside for the next generation of leaders to take charge of the party’s affairs, the 2014 general election will be a cakewalk. Today’s ‘young’ leaders will be five years older when India votes to elect a new Lok Sabha, which means they will be pushing 60. If between now and then those who find themselves propelled to the frontline are unable to tackle the many illnesses that plague the party and fashion an alternative agenda distinctively different from that of the Congress and in tune with the aspirations of today’s voters, the BJP’s tally could dip below the 100 mark. The battle for votes has always been a battle of ideas; in 1996, 1998 and 1999, Mr Advani and Mr Vajpayee had the right ideas largely because they went with their instincts. It’s only when they allowed their ideas to be swamped by the mumbo-jumbo of courtiers and time-servers that they faltered and fell.

Contrary to what is being claimed, the BJP’s main problem is not the RSS but the BJP itself. Last week’s transition will be meaningless unless it is accompanied by a tectonic shift in the way the BJP sees itself. It can either choose to position itself as the only alternative to the Congress by being distinctly, ideationally and ideologically different, or it can persist with fashioning itself as a clone of the Congress, a holdall party with neither beliefs nor commitments but driven by the cynical pursuit of power as an end and not the means to an end. Mr Vajpayee had vision; he was the ‘big picture’ man who couldn’t bother about the details. Mr Advani had ideas; it was his job to fill in the details of Mr Vajpayee’s vision. What the BJP needs to regain its position as an unassailable foe of the Congress is a new generation Vajpayee and a new generation Advani, if not a leader who can combine the qualities of the two stalwarts who still tower above everybody else in the party. Age won’t be a criterion in deciding who qualifies as the new generation Advani or new generation Vajpayee. Nor can the choice be limited to Dilli4.
Posted by Kanchan Gupta at 3:52 am

Truly well said on the obsession with the age. I think the first thing this leadership has to do is to use Sushma Swaraj to gain strength in South and North East. She needs to start travelling across the length and breadth of these areas, interact with people, students, middle class etc and try to get nearer to them. I believe she is the most acceptable face in these areas from the BJP. Sushma needs to be seen as someone who is challenging the holy calf to the fullest.

Gadkari can start taking care of the rot that has crept into the party(how exactly he should do that, I have no clue :) ). All that I am sure of right now is that Sushma Swaraj needs to start travelling across the country and spread the message of the need for an alternative to the Cong.

It was a good anecdote. However IMO, the competition has moved on to the next level. In 1996 bjp could afford to ignore a marketing professional and yet survive to tell the tale, perhaps the opposition they were facing was hardly anything to write home about, but that is not the case now, they can not afford to not listen to these professionals. Alone, i don't think they just can survive the compettiion.

Leave the BJP to its own. We need a GenNext party that will complement BJP. Starting from states where BJP is absent - Andhra Pradesh, Kerala, Tamil Nadu, Orissa and West Bengal.

BJP is obviously a better choice than Congress. What is disquieting is the tampered EVM. Would BJP insist on doing away with electronic voting ?

Pathetic piece. No style, no substance. Nothing new

Dear Kanchanda
It's quite plain and simple - If the congress stands for inclusivity (a good idea by all means) BJP stands for excellence.
Unfortunately, the BJP has been unable to project it in a way that is popular amongst the voters.

awesome post..I completely agree BJP has to find themselves..they kind of lost their identity in the mumbo jumbo of the last elections..BJP's identity is RSS ..and that doesn't mean being parochial, non-secular...sadly they couldn't convey this to the public.

the closing paragraph brought tears to my eyes.

Kanchanda, you seem to have a bias towards twitter but IMO blogging is not obsolete yet and might come back in fashion. Please don't abandon your blog.