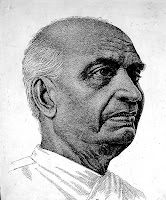 If Sardar Patel was a ‘terrorist’, so am I