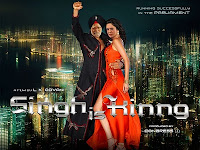 Cash helped him win trust vote!
(A spoof poster that did the rounds after Congress won July 22, 2008 vote.)
The standard operating procedure which Indian politicians follow is tailored for our polity with its ugly underbelly. For instance, a politician’s ‘aide’ could be anyone who facilitates his or her activities in public view or behind the shuttered doors of the bungalows in Lutyens’ Delhi. Pimping for politicians is one of the most lucrative jobs in the nation’s capital and comes without an appointment letter or a paper trail: If things ever go wrong for our cynical politicians, there’s always plausible deniability. That option has been exercised by Captain Satish Sharma who has stoutly denied that he ever had an ‘aide’ called Nachiketa Kapur, leave alone using his services to bribe MPs in the last Lok Sabha to enable the UPA to win the crucial trust vote on July 22, 2008 after the Left withdrew its support over the India-US civil nuclear deal.

But neither Capt Sharma nor his party can deny that there was a person called Nachiketa Kapur or that he had access to the inner courtyard of the PWD-built haveli that has come to substitute Bahadur Shah Zafar’s court in amoral, if not grossly immoral, Delhi where issues of ethics are of least concern for those who claim to rule India. That Mr Kapur, whoever he may be, wielded considerable power (without accountability) and was politically well-connected is borne out by the fact that the American Embassy in New Delhi was sufficiently impressed to send him on a junket under the State Department’s ‘I-Vote 2008’ programme as an observer for the US presidential election.

It, therefore, stands to reason that the contents of the ‘Secret’ US Embassy cable of July 17, 2008, filed by its then Charge d’Affaires Steven White, are not without substance. The cable mentions, among other things, how the Congress mobilised funds to buy votes to win the confidence motion and the manner in which the funds were distributed and to whom. The ‘price’ for a ‘Yes’ vote was Rs 10 crore; the political counsellor of the Embassy was shown chests containing between Rs 50 crore and Rs 60 crore to be used for purchasing votes. The cable also mentions Capt Sharma providing details of how he was trying to target MPs within the BJP and its allies, for instance, the Akali Dal. He owed this much to the party which had bailed him out in 15 cases of corruption filed by the CBI.

Senior leaders of the BJP will confirm that during the week before the vote they were desperately scrambling to keep their flock together. The lure of lucre is not easy to overcome. In any event, few MPs wanted an early election -- if that could be avoided and easy money pocketed, where was the harm? Some back-benchers in the BJP had begun to question the wisdom of opposing the nuclear deal as a cover for their imminent act of disloyalty. The Akali Dal, not too sure of preventing its MPs from straying, wondered whether opposing the deal was the right move as there was a large Sikh community in the US and they wouldn’t take kindly to America-bashing. It may sound laughable in retrospect, but that’s exactly what was conveyed to the BJP. The BJP’s apprehensions came true when cash was actually handed over to some of its MPs by an ‘aide’ of Mr Amar Singh, who had also offered his services and resources to prop up the UPA regime.

Political parties are known to try till the last minute to avoid a mid-term exit from power. The NDA Government would not have fallen by a single vote in 1999 if its political managers had been alert to the Congress’s strategy of getting Mr Giridhar Gomango to participate in the voting despite his having taken charge as Chief Minister of Odisha. He still remained a member of the Lok Sabha and exercised his privilege, although it was both immoral and unethical to do so. Nor should we forget that JMM MPs were bribed to ensure the survival of the Government headed by PV Narasimha Rao. Such subversion of the ethical foundations of democracy comes naturally to the Congress.

That said, two points should bother us more than anything else. First, the Americans had a remarkably accurate sense of the voting pattern five days before the vote. According to their estimate, there would be 273 votes in favour and 251 ahttp://www.blogger.com/img/blank.gifgainst the trust motion, with 19 abstentions. After the vote, the tally stood at 275 votes in favour and 256 against the motion, with 10 abstentions. Who briefed the US Embassy? Second, Prime Minister Manmohan Singh was all smiles when he was greeted with cheers of “Singh is King” after he won the vote. The king today looks no different from the emperor without clothes.

(This appeared as my column in DNA.)
Posted by Kanchan Gupta at 11:36 am

What is going on in New Delhi? Exactly how many wheeler-dealers are there in the corridors of power? There must exist an entire brigade of people like Mr Kapur, who have the power to influence govt. policy.

By leaking those cables WikiLeaks has done a great service to the country. I think the promoters of the WikiLeaks should be given the highest Indian award. They should be made Bharat Ratna. After all, they have shown us some ugly realities of Indian politics; they deserve to be rewarded for educating the gullible voters of this country.

The worse thing about Indian democracy is that it has allowed itself to become a plaything in the hands of vested interests that enjoy great power without any responsibility.

`Emperor without clothes'! This is apt description for Singh the King!

Singh's unethical mindset is known from day one. He never acknowledged or credited P V Narasimha Rao for the liberelisation political will. If one can steel credit he can be corrupt too. Simple.

The side picture is King dancing with the queen is very good. I think it should be widely circulated. :)YOutube, facebook accounts etc.

Kanchan Gupta ji, I am deeply worried by the fact that instead of being a real democracy, India seems to be overtaken by a mob of self righteous folks, with extreme leftist leanings. I am suspicious of this Jantar Mantra brigade, which prefers to call itself by the lofty name of Civil Society. Is this only a ploy to stop all development initiatives in the country.

This Civil society is now the most powerful entity in the country, it is more powerful than the Congress or the BJP. So it is only fair that its members should declare their assets.

The power of passing new laws is the greatest power in the hands of MPs and MLAs, but Jantar Mantar party of civil society has got that power without their having to contest an election. In India corruption is not a monopoly of the government, even sportspersons, celebrities and NGOs have been found to be corrupt.

The members of so-called Civil Society who will sit down to legislate the new Lok Pal Bill should be like the Caesar’s Wife. Like the Caesar’s wife they should not only be pure, they should also be perceived to be pure. Right now very little is known about these individuals and NGOs, so can we have some kind of clarity please.

Our Request that if possible then visit http://easytoact.com/ .

We are not any magazine or news paper or not have plan to be , we just want to establish a platform where people speak free and talk real for the future of our country .

We can't let our country down only because that nobody speak free for change & reform .

We have to bring changes and the first step is to increase the hope and acceptance of change & reform .

Today In our mainstream media there is huge loopholes and darkness are there which restrict journalized to put the real picture of any issue in front of people and as a result people unable to judge right or wrong and unable to act better whether they are educated or not .

So i request that if possible then please share with us the drawbacks of main stream media and it solution .

Could you apply atleast some principles to BJP?

Take the SC verdict on defection. SC has quashed the disqualification and has passed serious comments about the speaker.
Speaker misused his constitutional position and Yeddy won the vote because of that. So now is that Govt legitimate? Why blame only the Guv for breach?

That the MLAs are now "ideologically committed" to Yeddy after the SC decision is another interesting matter I want you to comment.