Inquisition: The burden of Goa's past 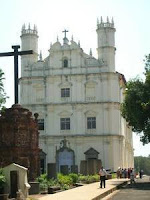