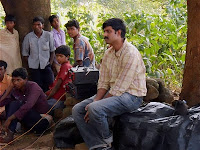 Events of a quarter century ago are rarely remembered, especially in a country like India where the masses have a poor sense of history and the classes have a loathing for the past. Yet, at times it is necessary to recall events, if only to highlight how our national resolve has weakened in direct proportion to the strengthening of our economy. It would be facetious to suggest an inevitable correlation between the two, but it could be argued that while the rise of our self-seeking middle classes may have led to the creation of a bazaar which is the world’s envy, they have also sapped the nation of its national spirit to a great extent. A pusillanimous Government, whether in New Delhi or in State capitals, is a natural corollary of this phenomenon. Politically convenient and socially fashionable bunkum about India as a soft power has left the Indian state looking vulnerable as never before.

This is most evident from the response of both society and authority to terrorism, irrespective of the colour of the terrorists’ ideology. Instead of standing up and daring those who use guns and bombs to terrorise people, we meekly surrender, thus exposing ourselves to further violence. But it wasn’t always like this. In February 1984, an Indian diplomat, Ravindra Mhatre, posted at our mission in Birmingham, was kidnapped while returning home by members of the then UK-based Jammu & Kashmir Liberation Front. The Government of India had till then faced other hostage situations -- Indian Airlines flights had been hijacked to Pakistan -- but nothing quite similar. The British authorities were nonplussed; officials in New Delhi were stunned.

Within hours of the kidnapping, the abductors issued their list of demands, which included one million pounds in cash and the release of Maqbool Butt, co-founder of the JKLF, who was lodged in Delhi’s Tihar Jail after being sentenced to death for killing personnel of Indian security forces. For two days there were hectic attempts to goad Mrs Indira Gandhi, then Prime Minister, into agreeing to negotiate a deal with Mhatre’s abductors. But Mrs Gandhi remained unmoved and her message was unambiguous: No talks, no deal. On February 6, Mhatre’s body was found in a lane. He had been shot dead after the JKLF realised it was futile to expect Mrs Gandhi to agree to a swap. There were no 24x7 television news channels those days but newspaper reports were sufficient to generate national outrage. A grim-faced Mrs Gandhi struck back. Maqbool Butt was executed five days later on February 11 after President Zail Singh was told to spurn his mercy petition. The JKLF leaders in Birmingham panicked and fled Britain; it’s another matter that British courts failed to fetch justice to Mhatre.

Cynics would suggest that Mrs Gandhi’s audacious tit-for-tat policy did not yield long-term results. That, however, is a fallacious argument, not the least because it overlooks certain crucial facts. Between 1984 and the winter of 1989, the cadre of the JKLF, which was then the sole terrorist organisation demanding azadi, were on the run and their top leaders were in jail. Mrs Gandhi had based her decision on the simple principle that a country as large as India could absorb the loss of one official but it couldn’t countenance the threat posed by terrorists. It worked -- till VP Singh came to power and appointed Mufti Mohammed Sayeed as his Home Minister.

On December 8, 1989, Rubaiya Sayeed, the Mufti’s daughter, was kidnapped in Kashmir by JKLF gunmen who demanded the release of five senior ‘commanders’ of the organisation from prison. VP Singh capitulated and Jammu & Kashmir has never been the same again; nor has the Government been able to stand firm before terrorist demands after that spectacular submission of the authority of the state to fear induced by terrorism. It irreparably broke the national spirit and the will of the Government, as was demonstrated during the week-long saga of shame that followed the hijacking of IC-814 to Kandahar which ended with our setting free three Pakistani terrorists who have since acquired greater infamy through their murderous jihad.

The reason why these events from the past are important to recall and remember is to contextualise the astonishingly timid surrender by the Government of Orissa before the Maoists who abducted the Collector of Malkangiri district R Vineel Krishna and a junior engineer, Pabitra Majhi, 26 years to the month after Mhatre’s kidnapping by terrorists of another ideological persuasion. The Maoists initially made 14 demands, including the immediate halt to counter-insurgency operations, withdrawal of all Central paramilitary forces from areas infested by Red terrorists, release of five of their senior comrades wanted for scores of crimes and cancellation of agreements with multinational corporations.

The Maoists also named their own choice of negotiators to strike a deal with the Government, which meekly complied without even bothering to look into the strategic implications of grovelling before Maoists whose depredations the Prime Minister has repeatedly described as the “biggest threat to India’s national security”. On Wednesday Majhi was set free by the Maoists after one of their most wanted comrades, Ganti Prasadam, accused of more than 100 crimes, was “granted bail”; they next upped the ante and asked for the release of four other jailed comrades, taking the total to nine.

It is immaterial how the Malkangiri story ends. It is equally irrelevant whether the Government later claims that it had to act in a pragmatic, responsible manner. Any justification of the shameful and shaming surrender by the state is so much poppycock and nothing more than that. Chief Minister Naveen Patnaik need not have hastened to appease those waging war on the state. He could have taken a cue from the Governments of Bihar and Chhattisgarh which dared the Maoists to kill abducted policemen rather than give in; used negotiations as tactics to locate the abductors and threaten them with an overwhelming response; and, secured the freedom of the hostages without surrendering. Even if that tactical ploy had failed in Orissa, surely India could have absorbed the loss of two men to secure the safety of more than a billion people?

Sadly, the message from Bihar and Chhattisgarh, as also from West Bengal where the Left Front is waging a determined war against Maoists in Lalgarh, admittedly using means that may not be entirely fair or legal, will now be overtaken by the pathetic whimper from Orissa. The memory of 277 men in uniform killed by Maoists in 2010 stands pitilessly ridiculed. Strangely the Union Government refused to step in and prevent the Orissa Government from causing lasting damage to India’s war on terror. Are we then preparing for a grand surrender? Is this 1989 all over again?

[The abducted Collector was freed on Thursday, February 25, 2011 evening.]

[An abridged version of this appeared as my fortnightly column in DNA.]
Posted by Kanchan Gupta at 12:34 pm