Taliban in India: They are already here! 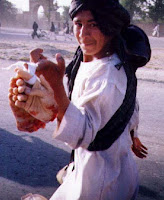 There is, we are told, disquiet among Muslims over Justice Markandey Katju’s comment, “We don’t want to have Taliban in the country”, while rejecting the petition filed by Mohammad Salim, a student of Nirmala Convent Higher Secondary School in Madhya Pradesh, for quashing the school’s regulation requiring students to be clean shaven. The student’s counsel, Mr BA Khan, a retired judge, argued that Article 25 of the Constitution guaranteed protection to Salim to pursue his religious practice of keeping a beard and the school regulation was violative of the right to freedom of religion. He said forcing the student to shave his beard was against “his religious conscience, belief and custom of his family”. Mr Khan, who made an elaborate case linking the student’s faith and his beard, does not sport one himself. This prompted Justice Katju to point out, “But you don’t sport a beard!”

While rejecting Mohammad Salim’s petition, and rightly so, the Supreme Court bench made two points. First, if Salim found the school’s rules abhorrent and unacceptable, he could join some other institution. “But you can’t ask the school to change the rules for you.” Second, “If there are rules, you have to obey. You can’t say that I will not wear a uniform I will (wear) only a burqa.” Justice Katju’s comment, “We don’t want to have Taliban in the country”, was presumably directed against those who wish to imitate the Taliban and their subversion of the secular state and destruction of civil society in the name of practising Islam and enforcing Islamic injunctions.

This week we had a glimpse of what that means, thanks to a two-minute video shot with a cellphone in Pakistan’s Swat Valley and smuggled out by those who are alarmed by the prospect of the Taliban’s ruthless enforcement of “religious conscience, belief and custom”. The video showed a 17-year-old girl, a resident of Kabal, being held face down on the ground by men while a Taliban commander flogged her with a leather strap. The girl kept on pitifully begging for mercy and screaming in pain — “Leave me for the moment... you can beat me again later...” But this did not have the slightest impact on her tormentors: The flogging continued as a large group of men stood around, watching intently at this public display of Islamic fervour.

The girl was punished, the Taliban claimed, in accordance with shari’ah for stepping out of her house without being escorted by a male family member. But this may not be the real reason: Another account said she was falsely accused of violating shari’ah after she refused to marry a local Taliban commander.

The public flogging of the teenaged girl has revived memories of the Taliban executing Zarmeena, a mother of seven children, in Kabul’s sports stadium on November 17, 1999. In more recent times, two women were executed by the Taliban outside Ghazni city in central Afghanistan in July last year. In Swat, too, women have been punished in a similar manner. On November 26, 2008, Bakht Zeba, a former member of the Swat district council, was dragged out of her home by the Taliban and brutally assaulted before being shot dead. Her crime, according to shari’ah as laid down by the Taliban: She criticised the ban on girls attending school.

The global outrage over the public flogging of the teenaged girl is believed to have ‘shaken’ the so-called civilian Government of Pakistan into ordering an inquiry. Chief Justice Iftikhar Muhammad Chaudhry, to whom many jihadis owes a huge debt of gratitude for interceding on their behalf and ordering their release from prison when Gen Pervez Musharraf was in power, has tauntingly dared Pakistani President Asif Ali Zardari to arrest the barbarians of Swat and put them behind bars.

That, of course, is a tall order for an effete regime which shamelessly capitulated to the Taliban’s jihadi terror in Swat Valley and signed a ‘peace agreement’ with Tehreek-e-Nifaz-e-Shariat-e-Muhammadi, one of the many organisations that are collectively referred to as the ‘Pakistani Taliban’, on February 16. As part of that deal, mullahs have been allowed to impose shari’ah and set up Darul Qaza or qazi courts, replacing the Pakistani justice system, such as it is.

Ironically, the ‘peace agreement’ has been endorsed by the US in preparation of President Barack Hussein Obama opening negotiations with the ‘good Taliban’. Just how good the ‘good Taliban’ is has been shockingly exposed, though not for the first time, by the smuggled video of a teenaged girl being flogged. For those who may still nurse doubts, here’s some more visual evidence: The photograph published along with this article shows a young Taliban fighter with the hands of a man that were chopped off for an unstated crime. In the land of shari’ah, these would be considered no less than trophies to be proud of.

It is this Taliban and Talibani mindset that we should be scared of; both are already there in our midst. Mohammad Salim is not alone in wanting to emulate those who flaunt their “religious conscience, belief and custom” to the exclusion of a secular state’s enlightenment. What the Taliban are practising in Swat Valley and in the wastelands of Afghanistan is being preached by mullahs in India. And they are doing so openly. A casual reading of the fatwas listed on Darul Uloom Deoband’s Website, http://www.darulifta-deoband.org, will prove this point. Here are some randomly selected examples:

Fatwa 1587/1330=L/1429: “The best purdah for woman is that the palms and no part of her body and adornments is exposed, ie, the whole body is covered from head to toe. If it is possible to see through the purdah, then the eyes also should be covered...”

Fatwa 691/636=D/1429: It is not a good thing for women to do jobs in offices. They will have to face strange men (non-mahram) though in veil. She will have to talk and deal with each other which are the things of fitna (evils).”

From here to chopping off the thumbs of women who use nail varnish is a very small step.

Deoband is the nursery and the root cause of all evil. The Taliban are a perfect example of Deoband madrassa trained product. Incidentally Gen Zia, Gen Musharraf are all Deobandis.