Community and culture in foreign land 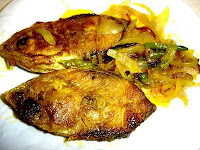