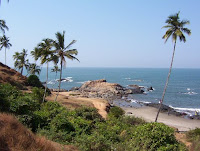 Goa has gradually been destroyed by India after 1961. The deliberate and conscious encouragement to the influx of migrants and the treatment of Goans by the Centre was and is worse than the colonialists at their worst.
The abuse of Goan hospitality has gone on for far too long and Goans are at the end of their patience.