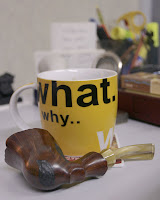 To get an idea of the current state of affairs in Pakistan, read Tariq Ali's scintillating article, 'Pakistan at Sixty' in the London Review of Books.
http://www.lrb.co.uk/v29/n19/ali_01_.html
Posted by Kanchan Gupta at 11:15 am

Welcome to blogging, sir. The Hindutva movement is stuck in the past. I hope you will shift the focus from the past to the present. Less of history debates and more of actionable agenda for welfare and security of Hindu samaj. Our Gods are not historical characters. They are living, ever present, now-here Gods.

nice to see you blog. Great!