We really don’t need tax-funded babus to promote Hindi or protect India’s official language from Macaulay Putras. What we need is to focus on getting India going. Hindi has no role to play in that. 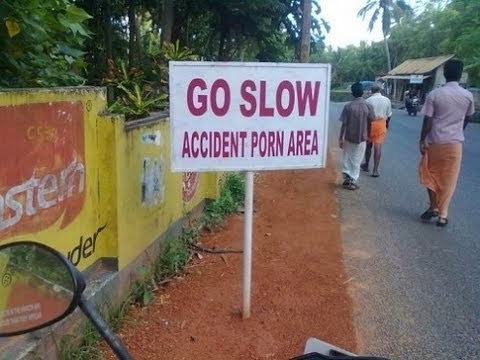 Language has always been a contentious issue in India which is probably the only country without a common link language that is indigenous or integral to its civilisational history. We could argue that the English language today is as much an Indian language as it is the lingua franca of Britain, and that it is the language that has contributed the most to a globalised world. But that would not detract from the fact that it was the language of our colonial masters and is part of the legacy the British left behind when they departed in 1947.

Hindi, on the other hand, was the language of anti-colonialism; along with khadi, it came to symbolise the struggle for swarajya by adopting, and extolling the virtues of, all that was swadeshi. This is largely because the leadership of the Congress, such as it was and crafted in large measure by Mohandas Karamchand Gandhi, came from what is known as India’s ‘Hindi belt’.

It is another matter that most of the Congress’s leaders were equally, if not more, comfortable with English, the language in which Jawaharlal Nehru embarked upon his ‘Discovery of India’ and Gandhi pamphleteered both in his early and later days. That section of the Congress which had not been seduced by the charms of European liberalism or Fabian socialism saw Hindi as one of the three mainstays of Indian nationalism – Hindi, Hindu, Hindustan was more than a slogan; it was a lofty idea.

However, this attempt to conflate the identity of a culturally homogenous Bharat with a single language, Hindi, was not embraced by a multi-cultural India. Resistance was both overt and covert. The Congress Government led by C Rajagopalachari, which tried to enforce Hindi as a compulsory language in schools in the Madras Presidency, met with stiff resistance to he propogation of  ‘national language’. The Justice Party, which was to later evolve into the Dravidar Kazhagam, led by EV Ramasamy, was relentless in its protest that ended only after Lord Erskine, the Governor of Madras Presidency, withdrew the order in February 1940.

Twenty-five years later anti-Hindi protests resurfaced in Madras State when the DMK refused to be mollified by Nehru’s Official Languages Act that was meant to ensure the continuation of both Hindi and English as India’s official languages after the constitutionally mandated period of 15 years. It required Mrs Indira Gandhi’s amendments to the Act to end the anti-Hindi riots, but by then language had become the instrument of regional politics. The DMK won the 1967 election, the Congress has never been able to resuscitate itself in what is now Tamil Nadu.

Tamil obduracy is well documented and remains the yardstick to measure popular sentiments against Hindi as India’s official language. But the opposition exists across the country beyond the ‘Hindi belt’. In the North-East, West Bengal, Odisha, Andhra Pradesh, Karnataka, Kerala, Goa, indeed across vast stretches of the country, Hindi is resented if not despised. Truth be told, many would see the promotion, leave alone imposition, of Hindi as an attempt to obliterate local culture and language. India nationalism, whether we like it or not, is the sum total of sub-nationalism; it’s best kept that way. It is debatable whether it was wise to opt for linguistic States, but having made that the foundation of the Union of India, tampering with it would be unwise.

These thought are occasioned by last week’s brouhaha over a circular issued by the Raj Bhasha Department of the Ministry of Home Affairs, asking Government officials to use Hindi, or Hindi and English, while communicating on social media platforms. As expected, the DMK was the first to object, followed by others who clearly rushed in to protest without even reading the circular. The media had a field day, spinning a story out of nothing. Worse, crucial details were suppressed to fuel the fire.

Even the most casual reading of the circular would have revealed to the outraged politicians and their followers, as also obnoxious Hindi bullies, that such instructions are routinely issued by the Raj Bhasha Department babus who, frankly, are more concerned about protecting their jobs and privileges than in promoting Hindi. It would have also revealed that the circular is based on a decision taken on March 10, 2014, when the Congress and not the BJP was in power. The circular is dated May 27, a day after Mr Narendra Modi took oath of office as Prime Minister and two days before Mr Rajnath Singh took charge as Home Minister. Most important, the circular is meant for officials in Category A States which, in any case, use Hindi as their official language.

Yet the circular was projected, wilfully so, by the media as an instruction issued by the Modi Sarkar. The Government was criticised and lampooned (depending on the news channel or newspaper) for getting obsessed with Hindi instead of focussing on bread and butter issues. Strangely, there was no immediate clarification by either the Government or the BJP. It required a clarification from the PMO to put an end to the manufactured controversy more than 72 hours after it surfaced as ‘Breaking News’.

Needless distraction from core issues of governance, and there’s enough on this front to keep the Government busy, is best avoided by reading out the riot act to the various departments that make up the mammoth Government of India: Nothing should be done to take away attention from immediate tasks and long-term goals. The Modi Sarkar came to power promising ‘India First’. For a junior babu to try and supplant that promise with ‘Hindi First’ is downright objectionable and outright dangerous. Others will take this as a cue to peddle their own agenda to protect their livelihood.

In any event, the Modi Sarkar is supposed to break the status quo and chart a new course. That should include abandoning misplaced notions of language chauvinism. Hindi is hale and hearty, spreading rapidly and subverting foreign languages like English, thanks to Bollywood and a thriving desi culture. We really don’t need tax-funded babus to promote Hindi or protect India’s official language from Macaulay Putras. What we need is to focus on getting India going. Hindi has no role to play in that.

Posted by Kanchan Gupta at 7:36 am

TN maybe officially against Hindi, but common people are not. With Hindi speaking North Indiana thronging TN, locals even in small towns are picking up Hindi. After all, a Hindi speaker can get more business. TN youth coming to North learn Hindi very fast, after all you have to deal with even a cobbler on the street corner.

Strangely, the TN phenomenon was promoting an identity politics predicated not on historical victimization, but on potential victimisation of the leaders from "Cow-belt" exploiting the dark and diminutive Southies.DMK tried to drag in Pacharavidas into the ant--Hindi agitation, including other southern states, but had no qualms later about attacking Malayalees living in TN!It is true that Tamil businessmen&politicians regret not learning Hindi, and the younger generation love Hindi movies and film songs.Hindi serials are dubbed into Tamil and have great fan-following.It is indeed sad that TN is also a caste-cauldron, with so much of vehemence in maintaining caste-privileges besides the Tamil chauvinism!T M Menon-Pune

There should be no issues against Hindi, as it is the mother of most regional languages. People who are against Hindi should just take a look around at their region to check if it is not populated by foreigners and foreign funded cults.